Java Database Connectivity(JDBC) is an Application Programming Interface(API) used to connect Java application with Database. JDBC is used to interact with various type of Database such as Oracle, MS Access, My SQL and SQL Server. JDBC can also be defined as the platform-independent interface between a relational database and Java programming. It allows java program to execute SQL statement and retrieve result from database.

The JDBC API consists of classes and methods that are used to perform various operations like: connect, read, write and store data in the database. In this tutorial we will learn the JDBC with examples.

You can get idea of how JDBC connect Java Application to the database by following image. 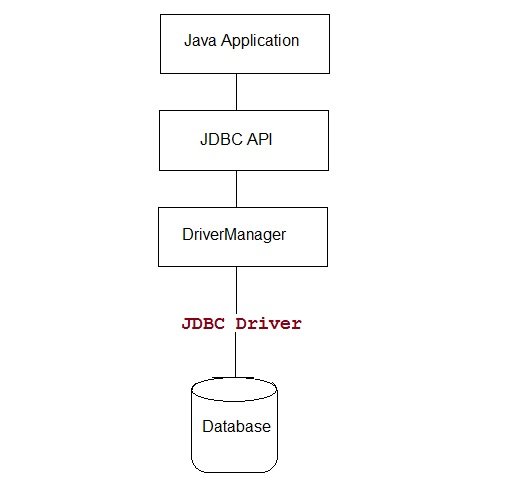 Java introduced JDBC 4.0, a new version which is advance specification of JDBC. It provides the following advance features

The JDBC 4.1 version was introduced with Java SE 7 and includes the following features:

version is introduced with Java SE 8 and includes the following features:

JDBC Driver is required to establish connection between application and database. It also helps to process SQL requests and generating result. The following are the different types of driver available in JDBC which are used by the application based on the scenario and type of application.

Type-1 Driver act as a bridge between JDBC and other database connectivity mechanism(ODBC). This driver converts JDBC calls into ODBC calls and redirects the request to the ODBC driver.

Note: In Java 8, the JDBC-ODBC Bridge has been removed. 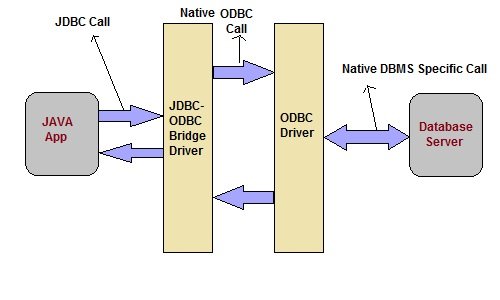 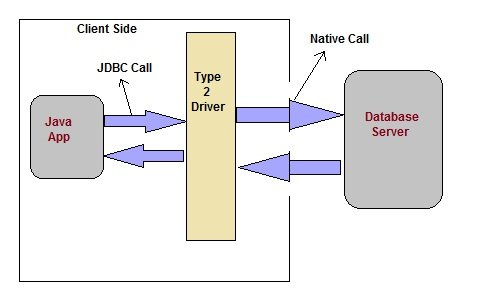 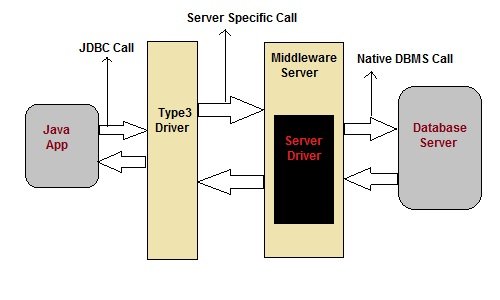 This is Driver called Pure Java Driver because. This driver interact directly with database. It does not require any native database library, that is why it is also known as Thin Driver. 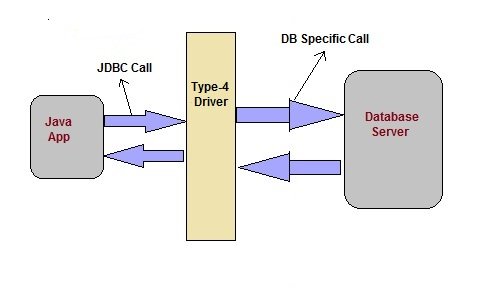 In Java, the ResultSet Interface is used for maintaining the pointer to a row of a table. In starting the pointer is before the first row. The object can be moved forward as well as backward direction using TYPE_SCROLL_INSENSITIVE or TYPE_SCROLL_SENSITIVE in createStatement(int,int). Methods of this interface is given below.