In other words, we can say that Applets are small Java applications that can be accessed on an Internet server, transported over Internet, and can be automatically installed and run as apart of a web document.

After a user receives an applet, the applet can produce a graphical user interface. It has limited access to resources so that it can run complex computations without introducing the risk of viruses or breaching data integrity.

To create an applet, a class must class extends java.applet.Applet class.

An Applet class does not have any main() method. It is viewed using JVM. The JVM can use either a plug-in of the Web browser or a separate runtime environment to run an applet application.

JVM creates an instance of the applet class and invokes init() method to initialize an Applet.

Note: Java Applet is deprecated since Java 9. It means Applet API is no longer considered important.

Following are the stages in Applet 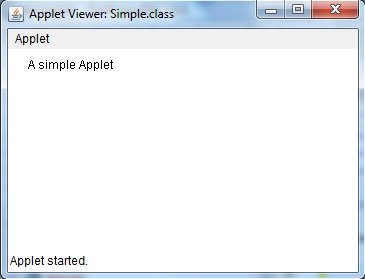 Every Applet application must import two packages – java.awt and java.applet.

java.awt.* imports the Abstract Window Toolkit (AWT) classes. Applets interact with the user (either directly or indirectly) through the AWT. The AWT contains support for a window-based, graphical user interface. java.applet.* imports the applet package, which contains the class Applet. Every applet that you create must be a subclass of Applet class.

Note: The stop() method is always called before destroy() method.

Example of an Applet Skeleton

Example of an Applet 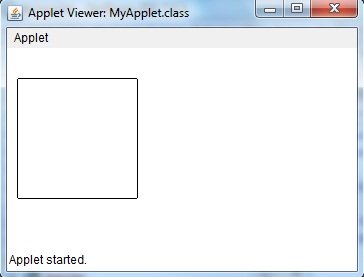 User-define Parameter can be applied in applet using <PARAM…> tags. Each <PARAM…> tag has a name and value attribute.

In an applet code, applet can refer to a parameter by its name and then find its value.

The two most important thing to handle and set up the parameter is the <PARAM> tag in the HTML document and an applet code to parse this parameter.

In Applet, Parameters are passed on applet when it is loaded.

How to run an Applet Program

An Applet program is compiled in the same way as you have been compiling your console programs. However there are two ways to run an applet.

For executing an Applet in an web browser, create short HTML file in the same directory. Inside body tag of the file, include the following code. (applet tag loads the Applet class) 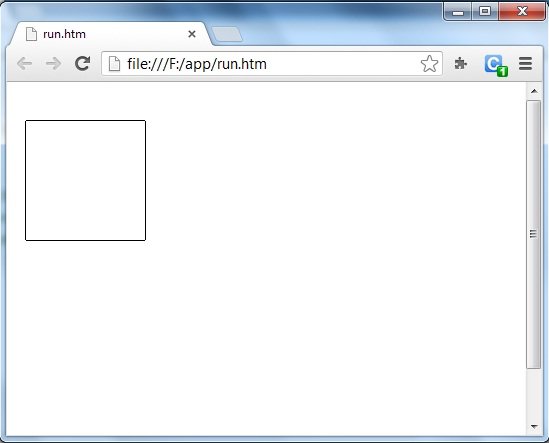 To execute an Applet with an applet viewer, write short HTML file as discussed above. If you name it as run.htm, then the following command will run your applet program. Below are the Methods of the Graphics class.

Working with Images in Applet

In Applet programs, images also can be used

java.awt.Image class is used for representing an image.

Here are some examples:

In Applet, images are displayed using drawImage() method. This method is supplied by the Graphics object, which is passed to paint() method.

In Applet we can also perform event handling.

Below is an example of event handling which prints a message when clicked on the button.

In Applet, we can also create animations in a program using a gif image. Below is an example in which drawImage() method is used which is of Graphics class, it is used for displaying an image.

Note: Download a gif file for the below example

In Java, JApplet is the public class of swing. JApplet extends the class in java.applet.Applet. JApplet generates a bytecode with the help of JVM or the Applet viewer. JApplet can be written in any programming language and then can be compiled for Java Byte code.

Below is an example of Painting using mouseDragged() method of MouseMotionListener in Applet.