Java AWT is an API that contains large number of classes and methods to create and manage graphical user interface ( GUI ) applications. The AWT was designed to provide a common set of tools for GUI design that could work on a variety of platforms. The tools provided by the AWT are implemented using each platform’s native GUI toolkit, hence preserving the look and feel of each platform. This is an advantage of using AWT. But the disadvantage of such an approach is that GUI designed on one platform may look different when displayed on another platform that means AWT component are platform dependent.

AWT is the foundation upon which Swing is made i.e Swing is a improved GUI API that extends the AWT. But now a days AWT is merely used because most GUI Java programs are implemented using Swing because of its rich implementation of GUI controls and light-weighted nature.

The hierarchy of Java AWT classes are given below, all the classes are available in java.awt package. 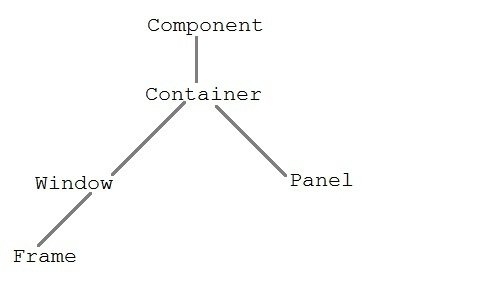 Component class is at the top of AWT hierarchy. It is an abstract class that encapsulates all the attributes of visual component. A component object is responsible for remembering the current foreground and background colors and the currently selected text font.

Panel class is a concrete subclass of Container. Panel does not contain title bar, menu bar or border. It is container that is used for holding components.

Window class creates a top level window. Window does not have borders and menubar.

Frame is a subclass of Window and have resizing canvas. It is a container that contain several different components like button, title bar, textfield, label etc. In Java, most of the AWT applications are created using Frame window. Frame class has two different constructors,

There are two ways to create a Frame. They are, 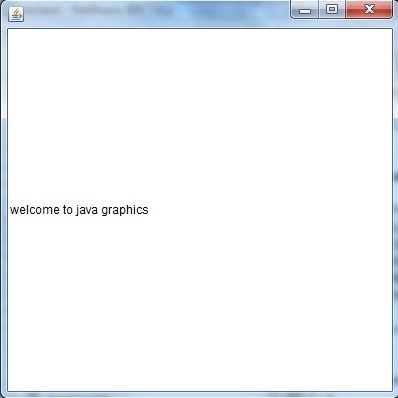 In Java, AWT contains a Button Class. It is used for creating a labelled button which can perform an action.

Lets take an example to create a button and it to the frame by providing coordinates.

In Java, AWT contains a Label Class. It is used for placing text in a container. Only Single line text is allowed and the text can not be changed directly.

In this example, we are creating two labels to display text to the frame.

We are creating two textfields to display single line text string. This text is editable in nature, see the below example.

In Java, AWT contains aTextArea Class. It is used for displaying multiple-line text.

In this example, we are creating a TextArea that is used to display multiple-line text string and allows text editing as well.

In Java, AWT contains a Checkbox Class. It is used when we want to select only one option i.e true or false. When the checkbox is checked then its state is “on” (true) else it is “off”(false).

In this example, we are creating checkbox that are used to get user input. If checkbox is checked it returns true else returns false.

In Java, AWT contains aCheckboxGroup Class. It is used to group a set of Checkbox. When Checkboxes are grouped then only one box can be checked at a time.

This example creates a checkboxgroup that is used to group multiple checkbox in a single unit. It is helpful when we have to select single choice among the multiples.

In Java, AWT contains a Choice Class. It is used for creating a drop-down menu of choices. When a user selects a particular item from the drop-down then it is shown on the top of the menu.

In this example, we are creating drop-down menu that is used to get user choice from multiple choices.

In Java, AWT contains a List Class. It is used to represent a list of items together. One or more than one item can be selected from the list.

In Java, AWT contains a Canvas Class. A blank rectangular area is provided. It is used when a user wants to draw on the screen.

The canvas is used to provide a place to draw using mouse pointer. We can used it to get user architectural user input. 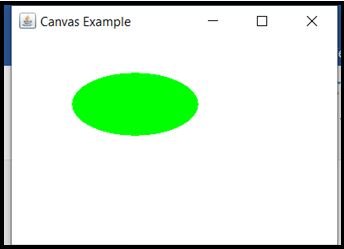