Loop is an important concept of a programming that allows to iterate over the sequence of statements.

Loop is designed to execute particular code block till the specified condition is true or all the elements of a collection(array, list etc) are completely traversed.

The most common use of loop is to perform repetitive tasks. For example if we want to print table of a number then we need to write print statement 10 times. However, we can do the same with a single print statement by using loop.

Loop is designed to execute its block till the specified condition is true.

Java provides mainly three loop based on the loop structure.

We will explain each loop individually in details in the below.

The for loop is used for executing a part of the program repeatedly. When the number of execution is fixed then it is suggested to use for loop. For loop can be categories into two type.

Following is the syntax for declaring for loop in Java.

To create a for loop, we need to set the following parameters.

It is used to test a condition each time while executing. The execution continues until the condition is false. It is optional and if we don’t specify, loop will be infinite.

It is loop body and executed every time until the condition is false.

It is used for set increment or decrement value for the loop.

Data Flow Diagram of for loop 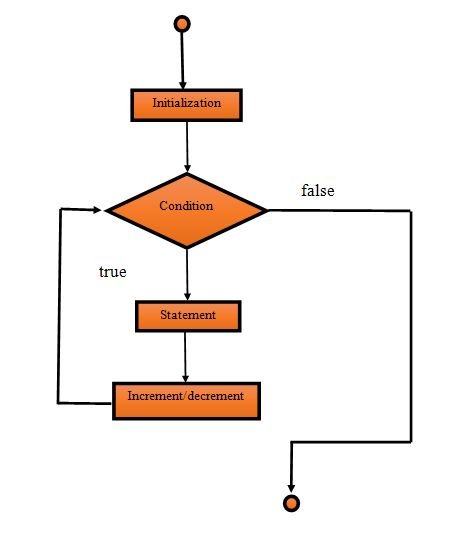 In this example, initial value of loop is set to 1 and incrementing it by 1 till the condition is true and executes 10 times.

Example for Nested for loop

Loop can be nested, loop created inside another loop is called nested loop. Sometimes based on the requirement, we have to create nested loop.

In Java, for each loop is used for traversing array or collection elements. In this loop, there is no need for increment or decrement operator.

Following is the syntax to declare for-each loop in the Java.

In this example, we are traversing array elements using the for-each loop. For-each loop terminates automatically when no element is left in the array object.

Like for loop, while loop is also used to execute code repeatedly. a control statement. It is used for iterating a part of the program several times. When the number of iteration is not fixed then while loop is used. 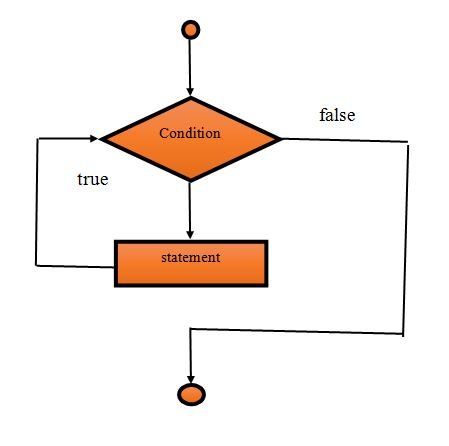 In this example, we are using while loop to print 1 to 10 values. In first step, we set conditional variable then test the condition and if condition is true execute the loop body and increment the variable by 1.

Example for infinite while loop

A while loop which conditional expression always returns true is called infinite while loop. We can also create infinite loop by passing true literal in the loop.

Be careful, when creating infinite loop because it can issue memory overflow problem.

In Java, the do-while loop is used to execute statements again and again. This loop executes at least once because the loop is executed before the condition is checked. It means loop condition evaluates after executing of loop body.

The main difference between while and do-while loop is, in do while loop condition evaluates after executing the loop.

Following is the syntax to declare do-while loop in Java. 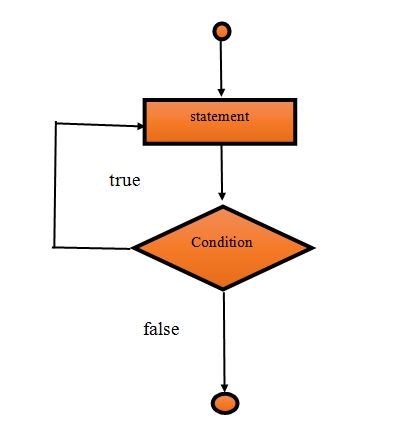 In this example, we are printing values from 1 to 10 by using the do while loop.