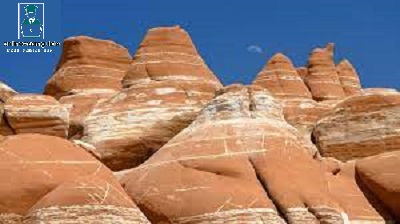 Physical Geology is a course in which students will learn about earthquakes, volcanoes, Earth’s history, the processes that shape Earth’s surface, and about Earth’s resources

It is defined as a process of decay, disintegration and decomposition of rocks under the influence of certain physical and chemical agencies.

It may be defined as the process of breaking up of rocks into small pieces by the mechanical agencies of physical agents.

It may be defined as the process of breaking up of mineral constituents to form new components by the chemical actions of the physical agents.

It is a general term used when the surface of the earth is worn away by the chemical as well as mechanical actions of physical agents and the lower layers are exposed.

The process of weathering depends upon the following three factors:

Two Chief types of weathering are commonly distinguished on the basis of type of agency involved in the process and nature of the end product. They are:

i)       Physical or mechanical weathering

It is the physical breakdown of rock masses under the attack of certain atmospheric agents. A single rock block is broken gradually into smaller irregular fragments and then into particles of still smaller dimensions. It is the most active in cold, dry and higher areas of the earth surface Temperature variations are responsible to a great extent of physical weathering.

The effect of change of temperature on rocks is of considerable importance in arid and semi-arid regions where difference between daytime and nighttime temperature is often very high. Such temperature fluctuations produce physical disintegration in a normally expected manner. Expansion on heating followed by contraction on cooling. When the rock mass is layered and good thickness additional disturbing stresses may be developed into by unequal expansion and contraction from surface to the lower regions. The rock sometimes is found to break off into concentric shells. This process is known as exfoliation.

When weathering occurs part of the disintegrated rock material is carried away by running water or any other transporting agent. Some of them are left on the surface of the bedrock as residual boulders. It is often seen that boulders have an onion like structure. This kind is called spheroidal weathering.

The chemical decomposition of the rock is called chemical weathering which is nothing but chemical reaction between gases of the atmosphere and minerals of the rocks. The chemical changes invariably take place in the presence of water generally rainwater -in which are dissolved many active gases from the atmosphere like C02, nitrogen, Hydrogen etc. These conditions are defined primarily by chemical composition of the rocks humidity and the environmental surrounding the rock under attack.

Chemical weathering is essentially a process of chemical reactions between gases of the atmosphere and the surface rocks. For example:

As engineer is directly or indirectly interested in rock weathering specially when he has to select a suitable quarry for the extraction of stones for structural and decorative purposes. The process of weathering always causes a lose in the strength of the rocks or soil.

For the construction engineer it is always necessary to see that:

Why is physical geology important?

We can study rocks and the fossils. They contain to understand the evolution of our environment and the life within it. We can learn to minimize our risks from earthquakes, volcanoes, slope failures, and damaging storms.