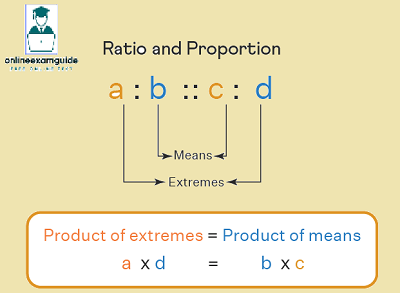 General Questions of Ratio and Proportion Problems : Level 02. Learn to solve the tricky questions based on ratio and proportion.

Ratio: The ratio of two quantities a and b in the same units, is the fraction

Variations: We say that x is directly proportional to y, if x = ky for some constant k and we write, x

y. We say that x is inversely proportional to y, if xy = k for some constant k and we write, x