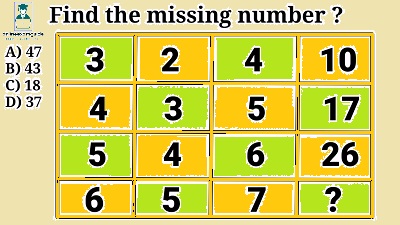 Best Formulas for A.P, G.P and H.P Missing No. Series