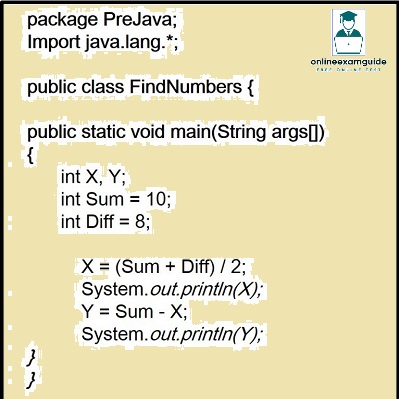 Java was invented by James Gosling along with his colleagues Mike Sheridan and Patrick Naughton. The original name for Java programming language is OAK, a tree outside of the office of James Gosling. Java got its name from an Island Java which is part of Indonesia. SUN Micro Systems is the office where Java was developed and invented. Java evolved as a go to programming language for any job seeker. And Java History MCQ.

Java 1.0 was released to the public in the year 1996 though its initial developer version was completed in 1995 itself. It took 4 years to get to the Java 1.0 version from scratch.

Java was developed with an intention of operating various electronic equipment like Set Top Boxes, Televisions (TV)& and other embedded systems. But surprisingly Java became famous with the advent of the World Wide Web. World Wide Web is simply known as the Internet.

People started using the Internet on various computer systems with different Hardware and Operating Systems. So there was a necessity to develop software that works platform independent. Also security was a very big concern as EXE files easily catch and transmit Viruses and Trojans. Java language came to rescue overcoming these platform dependence and security concerns.

A Java is an Object Oriented Language with Packages and Modules to manage very big projects easily. A Java program is converted into a BYTE CODE file called CLASS file with a file name extension of .CLASS. Java source files are named with a file extension of .JAVA.

To offer Platform Independence, a Java Container called JVM (Java Virtual Machine) is implemented for each type of Machine. You can run the Java Class file containing the byte code on any machine. You get the same output and behaviour on all machines.

Byte code is interpreted on line by line basis or block by block basis to show output. So a Just In Time Compiler (JIT Compiler) was introduced to turn chunks of byte code to EXE. This gives Java Code a high performance.

Java Applet, a special type of java program which has the ability to run inside a browser attracted millions of users and developers to create Applet based websites that can Show Server Data and Collect Inputs from users. The applet is one of the main reasons behind huge initial success of Java language.

Oracle acquired Sun MicroSystems in 2010. So Java is now maintained by Oracle company itself.

Broadly there are 3 types of Java software distributions available.

At present Java language is used in the following areas. There are many beyond mentioning here.

Getting Ready for Hands on Java

Follow the below steps to write and run your first Java Program.

1) Java is a Successor to which programming language?

3) What is the original name of Java Programming language?

Java was named after an OAK tree outside James Gosling’s office.

4) Which laboratory was Java invented or developed in?

A) A Tea Brand in India

B) A Coffee Brand in Africa

C) An Island in Indonesia

Indonesia is a group of Volcanic Islands with Java sea on one side.

7) What type of Java Programs can be run inside a Java supported Web Browser?

8) Which company owns Java at present?

9) What was the reason for huge initial success of Java?

World Wide Web is also known as the INTERNET.

10) What is the advantage of EXE files?

11) Computer Viruses and Trojans are often transmitted along with which files?

12) What is the problem with generation Executable Software (EXE files)?

A) Run only on Windows machines.

B) Linux and Unix expect a different executable format than .EXE

C) Compiler for each machine type like Linux, Unix, Windows and Processor Type needs to be built for generating output files that can run.

D) All the above.

13) What is an Interpreter?

A) An interpreter converts instructions line by line

B) An Interpreter converts source code to low-level code

C) Interpreters are slow to execute

Opposite of Interpreter is a Compiler.

A) A Compiler converts all instructions in one go.

B) A compiler converts source code to low-level code

So a compiler is preferred to an Interpreter.

15) What is the file name extension of a Java source program?

A) Java files are human readable

B) Java files contain Classes with Methods and Variables

17) What is the output of Compilation of Java Program?

A) Compiling a Java file

B) Compiling a Class file

19) What software compiles a Java Program?

20) What software runs a Java program on a computer?