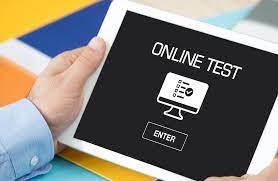 A pronoun takes the place of an unknown noun or repeated mention of a noun. For example, Misha wondered if she should see a doctor.

Misha is the noun of “she.” Instead of saying — Misha wondered if Misha should see a doctor, “she” appears to take the place of “Maria.”

The Nine Types of Pronouns

Correct − When Kurien bought the car, he gave a party.

Incorrect − When Kurien bought the car, she gave a party.

Nominative Case − It is also known as the subjective, it is the subject of the sentence. For example — I, you, he, she, it, we, they, who

Objective Case − These are the objects of the sentence and are indirect contributors to the action. For example — me, you, him, her, it, us, them, whom

Possessive Case − These pronouns show ownership. For example — my, mine, his, her, hers, its, our, ours, their, theirs, your, yours, whose

Personal pronouns can refer to the person/people speaking (first person), spoken to (second person), or spoken about (third person).

Third person subject singular — He, she, it

For Example − I wanted to give them to her, but he wouldn’t let me.

For example − They have my books but don’t know that they are mine.

These have no specific antecedents. These are usually identified with general words like — all, any, some, or none.

Pronoun − There are some who can’t work in a team.

Adjective − There are some guavas in the cupboard.

If the subject performs actions to or for itself, the action in the sentence passes back to the subject and becomes a reflexive pronoun. For example — We asked ourselves where her bags were. Here, “we” is the doer and receiver of the action “ask.”

These pronouns are used to express mutual action. They use the terms “each other/ each other’s”, “one another/one another’s”.

These are used to ask questions and can be personal or non-personal.

These substitute specific nouns, usually when someone is gesturing toward something.