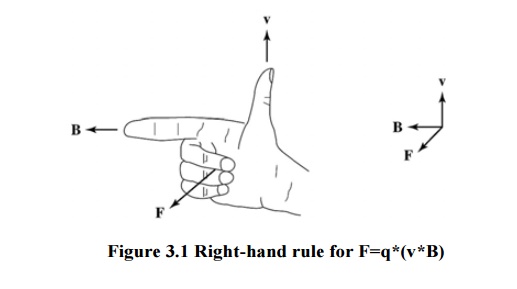 In today’s Computer-controlled Industrial environment, Converting an Electrical signal into a Mechanical action is Frequently necessary. The Electrical Signal’s energy must changed into Mechanical energy in order to Accomplish this. There are numerous gadgets that use a Magnetic field to Transform Electrical energy into Mechanical energy. A Reluctance machine is one such device. That Generates a Translational force. Whenever an Electrical signal is apply. The Reluctance machine comes in many different forms, but they all function according to the same Fundamental Electromechanical Principles.

The electromechanical energy conversion process takes place through the medium of the electric or magnetic field of the conversion device of which the structures depend on their respective functions.

The Lorentz Force Law gives the force on a Particle of charge in the presence of electric and Magnetic fields.

In a pure electric-field system, F=qE

For situations where large numbers of charged particles are in motion F=J*V most electromechanical energy conversion devices contain magnetic material.

These devices’ magnetic materials,. Which are made of rigid, nondeforming structures, are directly affected by external forces. The net force or torque acting on the moving component is typically what determines how well these devices work. Calculating the specifics of the internal force distribution is rarely necessary. The two sets of fields associated with the rotor and the stator of rotating machinery attempt to align, just as a compass needle tries to align with the earth’s magnetic field, and torque is related to their displacement from alignment. In a motor, the rotor’s magnetic field pulls on the stator as it rotates faster than it does. In a generator,. The stator is worked on by the rotor.