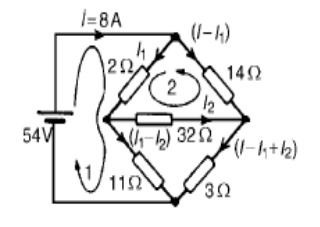 7. DIFFERENCE BETWEEN AC AND DC

The interconnection of various electric elements in a prescribed manner comprises as an electric circuit in order to perform a desired function. The electric elements include controlled and uncontrolled source of energy, resistors, capacitors, inductors, etc. Analysis of electric circuits refers to computations required to determine the unknown quantities such as voltage, current and power associated with one or more elements in the circuit. To contribute to the solution of engineering problems one must acquire the basic knowledge of electric circuit analysis and laws. Many other systems, like mechanical, hydraulic, thermal, magnetic and power system are easy to analyze and model by a circuit. To learn how to analyze the models of these systems, first one needs to learn the techniques of circuit analysis. We shall discuss briefly some of the basic circuit elements and the laws that will help us to develop the background of subject.

A combination of various electric elements (Resistor, Inductor, Capacitor, Voltage source, Current source) connected in any manner what so ever is called an electrical network. We may classify circuit elements in two categories, passive and active elements.

The element which receives energy (or absorbs energy) and then either converts it into heat (R) or stored it in an electric (C) or magnetic (L) field is called passive element.

The elements that supply energy to the circuit is called active element. Examples of active elements include voltage and current sources, generators, and electronic devices that require power supplies. A transistor is an active circuit element, meaning that it can amplify power of a signal. On the other hand, transformer is not an active element because it does not amplify the power level and power remains same both in primary and secondary sides. Transformer is an example of passive element.

Conduction of current in both directions in an element (example: Resistance; Inductance; Capacitance) with same magnitude is termed as bilateral element.

Conduction of current in one direction is termed as unilateral (example: Diode, Transistor) element.

The voltage or potential energy difference  between  two  points in  an  electric circuit  is the amount  of energy required to move a unit charge between the two points.

“The total current or charge entering a junction or node is exactly equal to the charge leaving the node as it has no other place to go except to leave, as no charge is lost within the node“.

In other words the algebraic sum of ALL the currents entering and leaving a node must be equal to zero,

This idea by Kirchoff is known as the Conservation of Charge.

We can use Kirchoff’s voltage law when analyzing series circuits.

A current of 0.5 A is flowing through the resistance of 10Ω.Findthepotential difference between its ends.

A supply voltage of 220V is applied to a resistor100.FindΩthe current flowing through it.

Calculate the resistance of the conductor if a current of 2A flows through it when the potential difference across its ends is 6V.

Calculate the current and resistance of a 100 W, 200V electric bulb.

Calculate the power rating of the heater coil when used on 220V supply taking 5 Amps.

Power dissipated in 2Ωresistor is P1 = I2 R1

A lamp can work on a 50 volt mains taking 2 amps. What value of the resistance must be connected in series with it so that it can be operated from 200 volt mains giving the same power.

Circuit current I = 2A

The circuit has 3 branches, 2 nodes (A and B) and 2 independent loops.

Using Kirchoff’s Current Law, KCL the equations are given as;

Using Kirchoff’s Voltage Law, KVL the equations are given as;

Find the current in a circuit using Kirchhoff’s voltage law

If a capacitor and/or inductor is added to a DC circuit, the resulting circuit is not, strictly speaking, a DC circuit. However, most such circuits have a DC solution. This solution gives the circuit voltages and currents when the circuit is in DC steady state. More technically, such a circuit is represented by a system of differential equations. The solutions t o t h e s e e q u a t i o n s u s u a l l y c o n t a i n a time varying or transient part as well as constant or steady state part. It is this steady state part that is the DC solution. There are some circuits that do not have a DC solution. Two simple examples are a constant current source connected to a capacitor and a constant voltage source connected to an inductor.

In electronics, it is common to refer to a circuit that is powered by a DC voltage source such as a battery or the output of a DC power supply as a DC circuit even though what is meant is that the circuit is DC powered.

The usual waveform of an AC circuit is generally that of a sine wave, as these results in the most efficient transmission of energy. However in certain applications different waveforms are used, such as triangular or square waves.

Used generically, AC refers to the form in which electricity is delivered to businesses and residences. However, audio and radio signals carried on electrical wire are also examples of alternating current. In these applications, an important goal is often the recovery of information encoded (or modulated) onto the AC signal.

7.  DIFFERENCE BETWEEN AC AND DC:

One complete set of positive and negative values of an alternating quantity is called cycle.

The number of cycles made by an alternating quantity per second is called frequency. The unit of frequency is Hertz (Hz)

The maximum positive or negative value of an alternating quantity is called amplitude or peak value.

This is the average of instantaneous values of an alternating quantity over one complete cycle of the wave.

The time taken to complete one complete cycle.

Let i = the instantaneous value of current and i = Im sin ɵ Where, Im is the maximum value.

Resistors in series and parallel circuits:

Figure shows three resistors R1, R2 and R3 connected end to end, i.e. in series, with a battery source of V volts. Since the circuit is closed a current I will flow and the p.d. across each resistor may be determined from the voltmeter readings V1, V2 and V3

In a series circuit

(a) the current I is the same in all parts of the circuit and hence the same reading is found on each of the two ammeters shown, and

Thus for a series circuit, the total resistance is obtained by adding together the values of the separate resistances.

Problem 1: For the circuit shown in Figure 5.2, determine (a) the battery voltage V, (b) the total resistance of the circuit, and (c) the values of resistance of resistors R1, R2 and R3, given that the p.d.’sR1, R2acrossandR3are5V, 2V and 6V respectively.

Problem 3: A 12V battery is connected in a circuit having three series-connected resistors having resistances of 4 Ω, 9 Ωand 11 Ω. Determine the current flowing through, and the p.d. across the 9 Ωresistor. Find also the power dissipated in the 11 Ωresistor.

Problem 1: Figure shows three resistors, R1, R2 and R3 connected across each other, i.e. in parallel, across a battery source

In a parallel circuit:

the source p.d., V volts, is the same across each of the

This equation must be used when finding the total resistance R of a parallel circuit. For the special case of two resistors in parallel

Problem 2: For the circuit shown in Figure , determine (a) the reading on the ammeter, and (b) thevalue of resistor R2.

P.d. across R1 is the same as the supply voltage V.

Problem 4: Find the equivalent resistance for the circuit shown in Figure

The circuit is now equivalent to four resistors in series and the equivalent circuit resistance =1+2.2+1.8+4=9 Ω

3.Step 2: Write equation for each mesh using KVL and that includes the mesh currents Step 3: Solve the equations

Neither of the mesh currents is known

KVL can be applied to the left hand side loop. This states the voltages around the loop sum to zero.

When writing down the voltages across each resistor equations are the mesh currents.

KVL can be applied to the right hand side loop. This states the voltages around the loop sum to

zero. When writing down the voltages across ea the equations are the mesh currents.

Solving the equations we get

The individual branch currents can be obtained from the these mesh currents and the node voltages can also be calculated using this information. For example:

Use mesh-current analysis to determine the current flowing in (a the 1Ω resistance of the d.c. circuit shown in

The mesh currents I1, I2 and I3 are shown in Figure

Problem 2: For the a.c. network shown in Figure determine, using mesh-current analysis, (a) themesh currents I1 and I2 (b) the current flowing in the capacitor, and (c) the active power delivered by the 100∠0◦V voltage source.

(a) For the first loop

The current through branch ab is 1.7283A which is flowing from b to a.

currents flowing in the circuit can be determined. The node method offers an organized way of achieving this.

Firstly all the nodes in the circuited are counted and identified. Secondly nodes at which the voltage is already known are listed. A set of equations based on the node voltages are formed and these equations are solved for unknown quantities. The set of equations are formed using KCL at each node. The set of simultaneous equations that is produced is then solved. Branch currents can then be found once the node voltages are known. This can be reduced to a series of steps:

3. Step 3: Identify which node voltages are known if any Step 4: Identify the BRANCH currents

4. Step 5: Use KCL to write an equation for each unknown node voltage Step 6: Solve the equations

This is best illustrated with an example. Find all currents and voltages in the following circuit using the node method. (In this particular case it can be solved in other ways as well)

There are four nodes in the circuit. A, B, C and D

Node voltage B and C are unknown. Voltage at A is V and at D is 0

The currents are as shown. There are 3 different currents

The statement of KCL for node B is as follows:

The statement of KCL for node C is as follows:

The node voltages are know all known. From these we can get the branch currents by a simple application of Ohm’s Law:

Problem 1: Find the current through each resistor of the circuit shown in fig, using nodal analysis

Problem 2: For the bridge network shown in Figure determine the currents in each of the resistors.

Applying Kirchhoff’s voltage law to loop 2 and direction as shown in Figure gives:

Equations (1) and (2) are simultaneous equations with two unknowns, I1 and I2.

Problem 3: Determine the values of currents I, I1 and I2 shown in the network of Figure

Problem 4: For the a.c. network shown in Figure, determine the current flowing in each branch using Kirchhoff’s laws.

Problem 5: For the a.c. network shown in Figure determine, using mesh-current analysis, (a) the mesh currents I1 and I2 (b) the current flowing in the capacitor, and (c) the active power delivered by the 1006 0° V voltage source.

Problem 6: In the network of Figure use nodal analysis to determine (a) the voltage at nodes 1 and 2, (b) the current in the j4 Ω inductance, (c) of the active power dissipated-10) in the 2.5 Ω